When Queen Eanndra calls the leaders of the Territories and their heirs to Star Mountain for a Conclave, none of them expect to have their lives changed forever by the repercussions of a war that ended three hundred years ago.

With the return of the Web of Light, chaos and destruction must surely follow.

Sides will be chosen.

For within every heart lies the dark seed of betrayal.

His mother had always warned him to beware of the gods. They were a capricious lot, she had said, with little care for the frailty of mortal life. And if one was calling Seva into the temple, then her life was at risk.

Valdor didn’t hesitate, didn’t take even a moment to think on what might happen, he simply ran. What he hit was not a solid wall, but a sort of thickness. For him, passing the statue was like walking through water with weighted feet. The air pressed against him, trapping the breath in his lungs. And it was cold. So cold what little breath he could manage frosted before his eyes.

He broke free to the other side as Seva entered the temple. After glancing back once at the other heirs, Valdor sprinted across the open space and up the steps to the door. There, he paused. Before him was a wide chamber, almost every inch of which was covered with a mosaic depicting a bloody battle between figures unlike any creatures he had ever seen. It hurt his mind to gaze too long upon any one of them.

Instead, he focused his attention on Seva, who was standing in the only clear spot in the chamber. A twisted rope painted on the floor made a circle around this spot and above it a Gari-Za woman in flowing gray robes sat on a throne of flames. A benevolent smile touched the woman’s lips, but her eyes were cold black orbs.

Seva’s head was tilted back as if she were looking up at the woman, but her eyes were closed. Valdor moved cautiously forward, wincing as his footsteps echoed in the silence. His lips parted and he started to speak her name, but the word wouldn’t come. The feeling in this place was something so foreign to his senses he couldn’t name it. It crawled across his skin and made his ears buzz.

He came to a stop when he reached the rope circle. Fear was an acid taste at the back of his throat. Much as he wanted to reach out for Seva, there was a deep feeling of alarm inside him that would not allow his feet to move forward.

If things had gone on much longer, he might have worked up the nerve to do it, because he was not really as much of a coward as his father had made him believe he was. But he didn’t have to.

Seva’s entire body bucked, her back arching and her neck snapping back. She drew in a gasping breath, then collapsed. Valdor caught her before she hit the floor as her upper body crossed the line to his side. She shivered as if cold, then grew still. Valdor pulled her the rest of the way out of the circle, then lifted her up into his arms. She was light, but he was unused to such labor and staggered under her weight. Still, he managed to carry her out of the temple.

Once they were down the steps and crossing the open space, Seva stirred and her eyelids fluttered open. Valdor gazed down into her bright blue eyes and was lost. Any uncertainty about his feelings toward her evaporated in that moment.

“I…I think so. Yes.” She looked over his shoulder toward the temple. “What happened in there?”

“Don’t you know?” He carefully put her back on her feet

Her eyes met his again as she shook her head. “I remember looking up at the statue and hearing Iza talk about the chosen one. Then everything is a blank. Except…” She laid a steadying hand against his arm. “I don’t know. I feel…something, but it’s…” She sighed. “I’m so tired all of a sudden.”

“Come on.” He slid his arm around her waist. “Let’s get you back to the carriage.”

Kyra Dune was born in Oklahoma, but spent most of her life travelling with her family. She is the author of eleven fantasy novels, including: Shadow of the Dragon, Elfblood, and Firebrand. As a child, her favorite stories were those that told of ordinary children being whisked away to magical lands. She has yet to find her own secret wardrobe or rabbit hole, but she hasn’t given up the search. You never know what might be waiting over the next rainbow.

Nucly Professional Training For Photographers, Artists, and Designers: Are the courses worth the price?

Once Upon Another World! 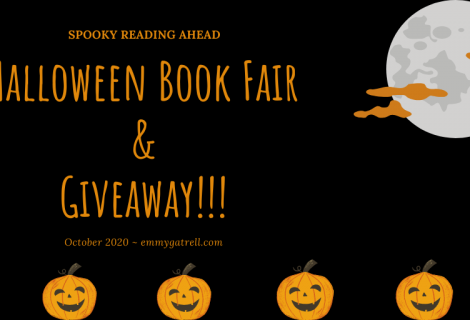