Guest Post: Is Genetic Engineering Coming? What Does It Mean If It Does?

Guest Post: Is Genetic Engineering Coming? What Does It Mean If It Does?

When I wrote The Secret of Genetic Corp X, I dabbled in the ideas about “clones” and the “rights” they may have.  I also touched on “genetic engineering” in that book.  In fact, it was an everyday occurrence in Zarra’s world.  I was recently contacted by a fellow author/blogger, Jordan Smith, to see if I would be interested in sharing a post on genetics.  I jumped at the chance to bring my readers this interesting take on the possible genetically altered future we might have.  Without further interruption here is Jordan’s thought provoking post!

We may be in an era right before the start of a sea change in what it means to reproduce and raise children in the developed world. While the issue that could drive this has been talked about by some very influential voices, in a sense it’s still surprising how little it’s being discussed. The technology I’m referring to is genetic engineering, the idea of manipulating the genetic or epigenetic code of babies, or perhaps even fetuses, so that they grow up to develop desirable traits. This could include traits like greater intelligence, being taller, having more symmetrical facial features, a better immune system, greater physical speed and coordination. Perhaps most controversially of all, being smarter. This all may seem far fetched or far off, like the sort of thing possible in science fiction films but not possible in our lifetime. However the consensus of scientists is that available technologies to genetically engineer children are close at hand, perhaps available as soon as a few years from now. (See Story from Nature: http://www.nature.com/scitable/topicpage/genetic-inequality-human-genetic-engineering-768)

The question then is should this be allowed? And the other inseparable question of what kind of a society we might start to be if it is? A lot of people think of the film Gattaca when they hear about the ideas of genetic engineering and society. For those who don’t know, (minor spoiler alert) that 1997 film (not based on any book) conveys a futuristic society where some people have been genetically engineered and some have not. In the film everyone is ranked and classified and put into certain restricted roles based on how high quality, how elite their genetics are. The better their engineering turned out the more high-status, high-expectation the role their forced to take on. Those with less elite-engineered genetics or totally non-engineered genetics are forced into low-status, low-expectation roles. Although I’m not a complete optimist about genetic engineering, I tend to think that it won’t look exactly like Gattaca. American society in the modern age has tended to eschew ideas like a caste system. In a way what we’ve said now is that anyone is allowed to do anything, and we can accept almost anyone being almost anything if they climb up to that position in our society. Andrew Carnegie could come to the US as a poor immigrant and become one of the wealthiest men in the world. A century later Bill Gates could start a company in his garage and become the wealthiest man in the world.

At first blush this sounds like our most redeeming and progressive possible trait, and there’s no denial that on some level it is. Yet there are dark sides to the American system of social values. Yes, we say that in theory anyone from any race or class is allowed to rise up in society, but we certainly still let those who do rise up dominate others. If you build the better mousetrap you very well may take all the business from the old mousetrap company, and they may end up having to work for you, having to obey your orders. Slavery is outlawed under the 13th Amendment to the Constitution. It’s a firmly established American legal precedent that no employment contract can ever require a person to stay in a job they don’t want to be in. Contracts can require at most that one who wants to quit a job may have to pay damages to their employer if their quitting causes some. In America you never literally have to do anything you don’t want to do for an employer. But you often may have to practically speaking. You may lose your job if you don’t do what the boss says, your business may close if you don’t make it as good as the similar one down the street, etc. And sure, anyone’s allowed to try and do anything, but no employer is required to give anyone consideration or promotion based on how hard someone has worked for them. Employers are allowed to ignore that hard work, to pay someone poorly and treat them badly even after decades of hard work someone has done. See story: http://www.huffingtonpost.com/2012/12/12/tyree-johnson-mcdonalds_n_2286464.html

So the kind of society we have if we allow genetic engineering seems unlikely to be one where those of us who weren’t engineered are told we’re barred from seeking certain positions in society. But it very likely would be one where the non-engineered are competing with the engineered for all the good positions in society. Of course a major assumption behind that concern is that genetics is in fact one of the key determinants of potential, including potential for intelligence. What recent science seems to be indicating is that genetics is in fact one factor in potential for intelligence, but not THE factor. Science seems to keep showing that, besides genetics, factors like work ethic, the education one receieved, one’s emotional outlook and determination to succeed are very important too.

Maybe how concerned we are about the rise of the genetically engineered depends on how their families will have had access to that technology. Will it be that it’s an expensive service sold privately by a few big corporations? That wouldn’t be a surprising result given America’s culture right now. Defenders of that will say: ‘anyone can have engineering done for their children, you just have to come up with a lot of money, so there’s no problem.’ But then we’ll be a society where the rich get richer even more, and although this may not directly hold down the middle class and poor, it will do that indirectly by giving the middle class and poor extremely advantaged peers to compete against for jobs and educational positions. Who will want to hire normal people when super-people are available?

But what if the technology is more universally accessible? What if it’s cheap? Either because the price comes down or the government creates a low cost public option for engineering? What if after a few years almost everyone has this done for their children? Or the government says that’s a requirement, and that way every kid of the future will have so much amazing potential in so many ways? In a way this would make our society more equal than ever; if your parents were going to pass on to you the genetics of a less intelligent mind that will be ‘fixed’ by engineering so that your mind will be as good as possible. Poor children will have the same inherent mental firepower as the most elite. Surely the poor and middle class kids will be less dominated by the rich ones if they’re just as smart as the rich ones right? If factors like work ethic and determination are a big part of what determines success what if engineering can ‘fix’ that too, so that everyone has a very strong work ethic? This gets to be a very philosophical point, but if science shows work ethic to have a strong genetic component why should some people be born with a great work ethic and others not?

Why can’t everyone have in their genetic code the determination, the stickwithitiveness that will drive them to the top? In fact why not make it so that all who are engineered are likely to be magnanimous? So that there’s a good chance they’ll be considerate of others in society no matter what that society looks like? It may sound like these are ideas scientists wouldn’t ever be able to actually implement, but so much about the human brain is beginning to be better understood. In a few decades this level of personality, intelligence and emotional programming of people could indeed be possible.

While a lot of that could make a society that is more compassionate and just than ours is now, it also would seem to vitiate too much what it is to be human to many of us. So we may do something arguably worse: not go all in on engineering and say everyone has to do it and do it the same way. And not completely prevent it and say that no one can do any of it no matter what. Even if the federal government wanted to, could they stop Americans from getting engineering done overseas? If the technology exists than won’t there be some country, some island government somewhere that allows people to have it done to their young or unborn children? If in the near future some, but not all people are engineered that may be how we get to the most likely version of Gattaca for our society. Not where the engineered are at the top of a rigid caste system, but where they inevitably acend to the top of an open system that largely resembles one.

Jordan Smith’s blog is at www.jordanthomassmith.com

Help Me Reach The Brass Ring! 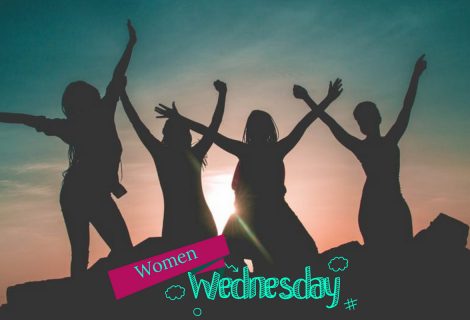 Copyright 2005-2020 Shannon McRoberts | All Rights Reserved
%d bloggers like this:
We use cookies to ensure that we give you the best experience on our website. If you continue to use this site we will assume that you are happy with it.Ok